My third visit at Toldboden Classic Cars started with a small surprise – the square in front of the restaurant was completely empty! For a moment, I thought that because it was September already, the meetings are over. The weather was far too good for that to be true, though. Then I heard a V8 roaring around the corner and few steps away, I found a parking lot full of classics. Same automotive fun, just a little bit different scenery.

Saint Alban’s church served for a fantastic background and one of my favourite snaps that day was a creamy white Porsche 356 in front of it. A small detail you might want to notice – the plate game is strong with this one! Parked right next to the Porsche there was a red Triumph TR4. Both made for a perfect duo when the sun was slowly setting. In this light I also fell in love with fantastic lines of the golden Chevrolet C3 Corvette Targa. Finished with brown leather interior it truly was a gem. 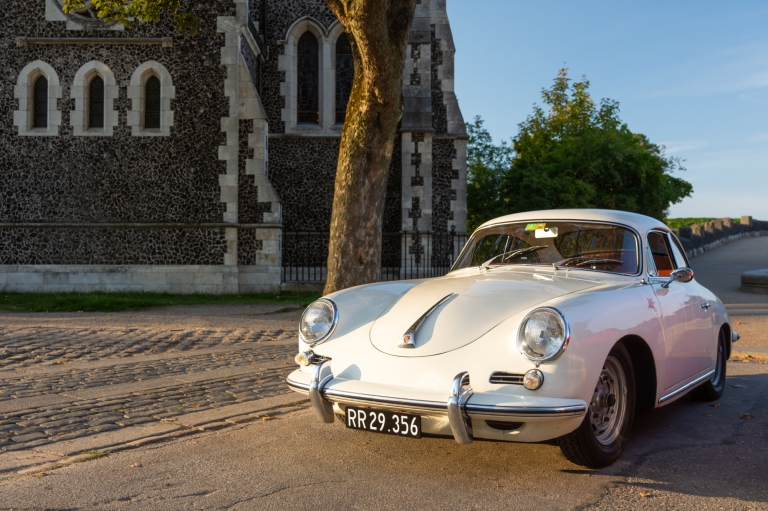 That day for me, however, the show stealers were two pre-war biposto race cars – by Chevrolet and Morris. The first one, built in 1933 was definitely bigger a car and worked like magnet on car freaks. With classy details and brilliant condition, it was a real eye-catcher. Morris Eight came a bit later, when everyone was almost going. It parked at the end of the lot, away from the crowd and spectators. To me, its silver metal body was doubtlessly stylized to resemble a fighter aircraft. Classy already, few stickers on the naked metal added to its character – pin-up girl on the bonnet, Churchill with his speech on the boot. What a combo!

I took the Morris as the best possible wrap-up of the day and left Toldboden. Once again, it did not disappoint me! 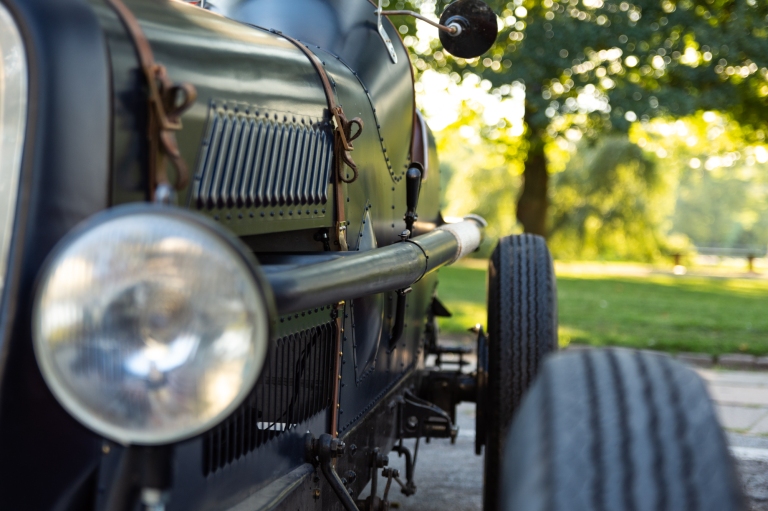 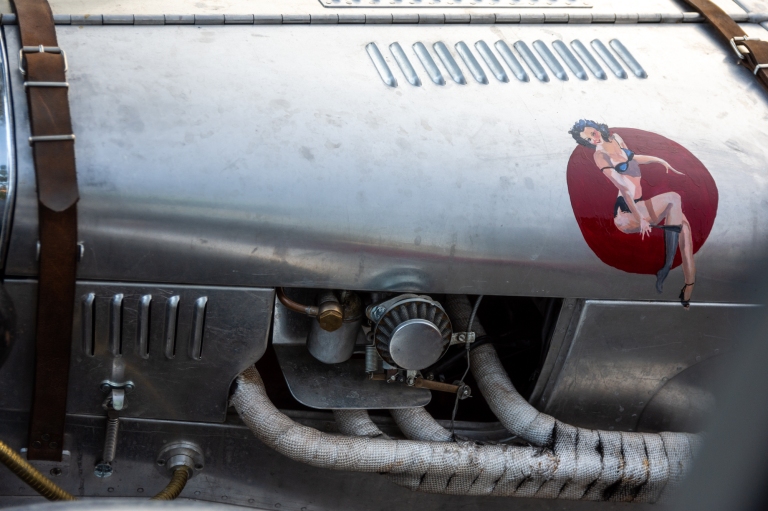 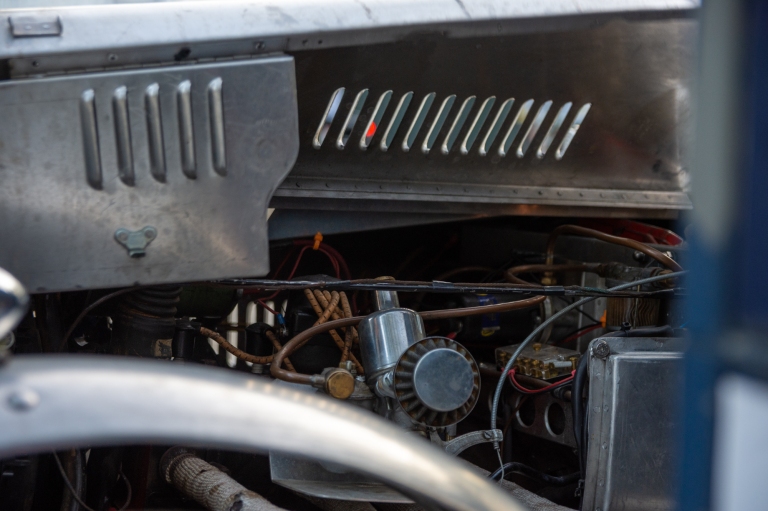 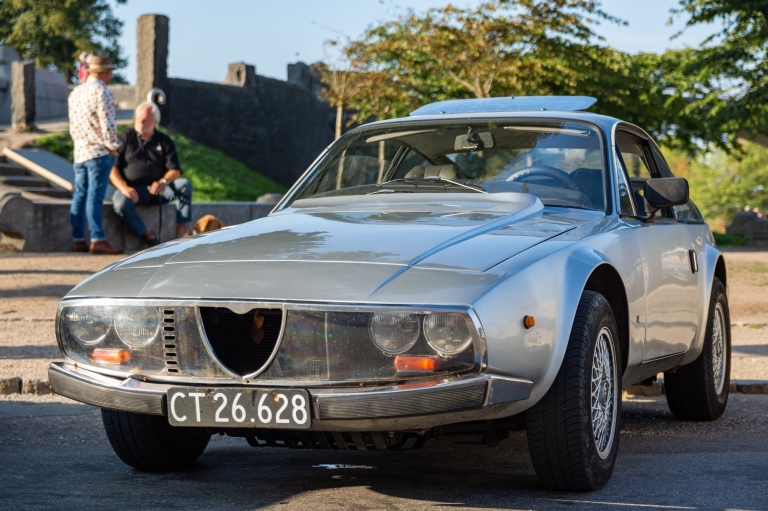 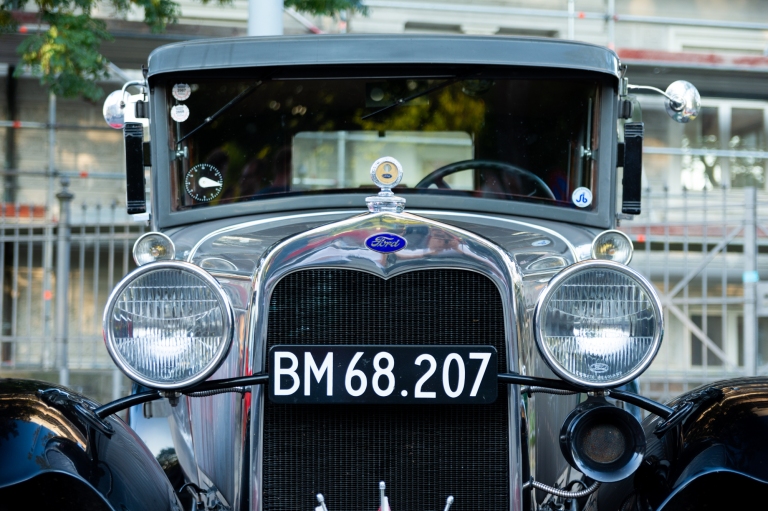